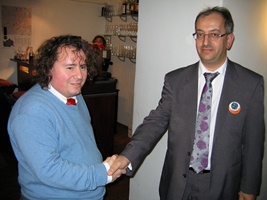 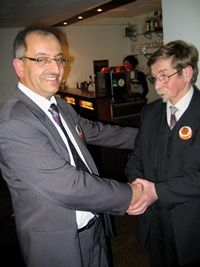 The board has approved the membership applications of two new societies to EUROSIM.

The president informed the Board that he received a letter from Elsevier notifying EUROSIM that Elsevier is not willing to renew the agreement signed in 1992 connecting SIMPRA and EUROSIM. Henri Pierreval will write to Elsevier again trying to highlight the potential benefits of continuing the association of SIMPRA with EUROSIM and probably work out new set of principles and conditions for this association.

The MATHOD 2012 Conference was organised as EUROSIM Conference and was very successful with more than 400 participants.  The MATHMOD 2012 conference will contribute with 4000 Euros to EUROSIM.

BULSIM - will apply for the membership, as soon as they will fulfil all conditions.

SRBISIM - decision for acceptance postponed, a representative must participate on a future board meeting.

KO-SIM (Kosovo) Prof. Edmond Hajrizi expressed the willingness of KO-SIM to become member of EUROSIM. Applicaton is expected in the near future.

SIMS will organise the next EUROSIM Congress in 2016. The venue is still not defined.